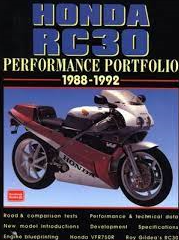 Honda made a remarkable motorbike even better in 1994 by giving it RC30 HONDA VFR750R aesthetics while keeping the iconic VFR characteristics of legendary dependability, steady performance, and unmatched comfort. The design became less angular and added side panels with louvres reminiscent of Ferrari. A Honda VFR 750 was used by MCN in 2010 as part of the long-term test fleet. 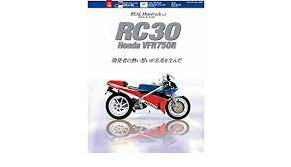 Because of RC30 HONDA VFR750R and its brothers’ legendary status, the name “Viffer” is now commonly used to refer to all Honda VFR models. Should you want to participate in the discussion with current and prior owners, there is a forum specifically dedicated to them. 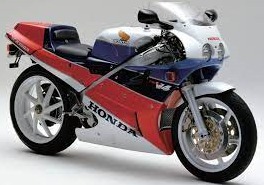 The dry weight of the RC30 HONDA VFR750R was reduced by 10 kg (22 lbs) thanks to the revised frame, swingarm, wheels, and exhaust, but it is still very much a sports-tourer rather than a sportster. The handling is neutral and predictable, and the ride is smooth. Heroics are only somewhat restricted by the suspension’s softness. But because of that, as well as the comfortable seat and easy riding position, you arrive feeling thirsty for more. 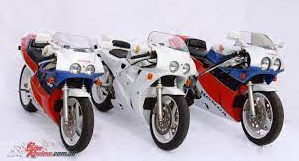 The RC30 HONDA VFR750R exquisite V4 still impresses, despite having less power when it was first introduced than more modern vehicles. The almost tidal mid range carries you along on waves of unflappable power and never runs out of breath. This bike rewards riders of all skill levels with a forgiving ride and a silky smooth power delivery. 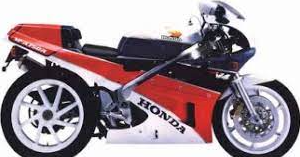 The VFR represents the pinnacle of Japanese superbikes. The suspension gets mushy after 20,000 miles, but other than a few bad alternators, the build quality is excellent. Do not be deterred by huge mileages; VFR heads over 75,000 with impunity.

Please feel free to contact us at any time If you have any questions or concerns.

We can only send to Paypal shipping address.

We will ship Worldwide!

If you purchase multiple items, the shipping cost will be discounted or added a tracking number on your package.

Please note: The number listed in the table only indicates the average time required for standard delivery and does not in any way guarantee the exact number of days required for delivery. In cases if the period from acceptance to transfer and delivery falls on a Saturday, Sunday, or holiday or if the airport security requires additional examination as well as if a delay or cancellation occur in a flight schedule, delivery may take longer.

Import duties, taxes, and charges are not included in the item price or shipping cost. These charges are the buyer’s responsibility. Please check with your country’s customs office to determine what these additional costs will be prior to bidding or buying.